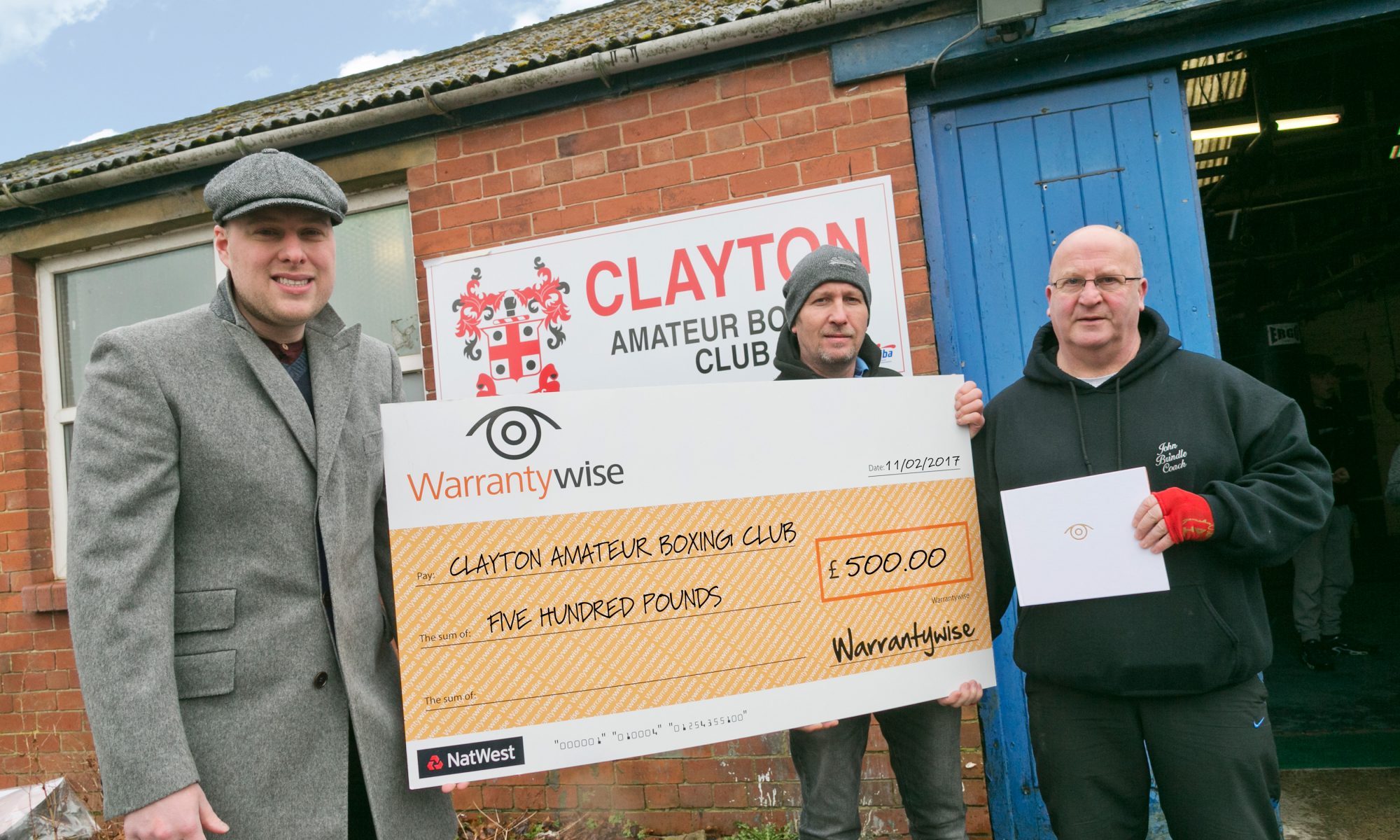 An amateur boxing club for youngsters is on its way to hitting a £20,000 fundraising target after big-hearted businessman Lawrence Whittaker weighed in with a hefty donation.

The sizeable sum will be added to a £1,470 grant which was recently been approved by Miles Parkinson, County Councillor for Clayton-le-Moors and Rishton.

Boxing coach John, an Occupational Therapist’s Assistant who works with vulnerable adults by day and an amateur boxing coach by night, has more than 70 kids signed up to his classes each week.

He is well known for volunteering to help youngsters in the area, many of whom are striving to change their lives for the better.

The cash will go towards buying equipment and refurbishing a new property which they have applied to secure in the area.

In addition to the donation, local lad Lawrence, who has helped grow his family business to become one of Britain’s biggest warranty companies, has paid for a brand new sign for the club.

John says: “We really appreciate Lawrence for donating £500 and getting our fundraising target off to a great start. We have been after a sign for six years and this is far better than we had hoped for. It gives the club an identity to be proud of.”

Lawrence, who was joined by Mayor Tim O’Kane and his consort, Mrs Melanie Storey at the cheque presentation, adds: “The Whittaker family of businesses has been in Accrington since 1987 and we are proud to be able to help this great amateur boxing club.

“The world really needs more people like John to give their time to help the youngsters target their energy into sport.”

County Councillor Miles Parkinson adds: “After talking to John about future aspirations it became apparent that he and the club required new equipment.

“I was pleased to support this through the Lancashire local members grant which I awarded to the club. We are now working closely with the club, Mercer House 1842 and Lancashire County Council for the asset transfer of the former Youth Centre on Moor Street.

“It would be a perfect new venue and coincidentally, it is where John started running ‘fitness for boxing training’ some years ago.

“Of course we are in the early stages of these discussions with Lancashire County Council but all our passions is for this to hopefully succeed with the aspirations of the club to provide this resource within Clayton Le Moors well done to all involved especially John for his dedication.”